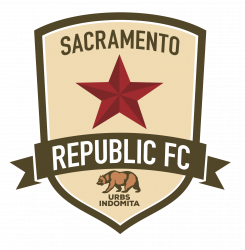 Sacramento Republic FC exists to make the Sacramento region into the most inspiring, energetic and rewarding place to live, work and play. Through the world’s game, the club provides exciting, energetic and inclusive experiences to foster an indomitable movement including their efforts to procure MLS rights and a soccer-specific stadium in downtown Sacramento. On the pitch, Sacramento Republic FC are the 2014 USL Champions and the 2016 Western Conference Regular Season Champions. Off the pitch, the club has led USL in nearly every attendance and revenue category. The club has been named "Sacramento's Best Team" by SN&R readers since its inaugural season in 2014 along with numerous other awards for its service to the community.